There is a superb artist named Jennifer Rash-Wyatt! She does amazing things in creativity! She can create not only books but she also is extremely talented with making characters  that You can hold in Your hand as well! That’s right, and I am one of the lucky ones: Jennifer created a Pink Hammer Doll for me and everywhere I go it gets much praise and attention! The last 3 conventions I’ve attended I placed the PH Doll atop my Comic Book Stand and it is an attention getter!  Jennifer is the creator of Dream Angel among other various creations. She is rendering  stories in 3D as well, and is very good at what she does! Here is a little bit about her:

Jennifer Wyatt is the original creator of Dream Angel, Artist and Co-Writer for both Dream Angel and Techwarrior. Originally from California, Jennifer lived in Carson City Nevada, until getting married to her husband and partner Jeff Wyatt. They both now live in Pennsylvania. She has been creating dolls, as well as drawing superheroes and superheroines for many years now. Her family has a long history of being skilled with the needle and thread. Recently she has stared up an official company, Firebelly Productions, to produce her comic books and posable plush dolls under. Her art style is though the use of digital art programs like DAZ Studio and Comic Life. Jeff Wyatt is the Co-writer for Dream Angel and Techwarrior. He also helps refine the panels for the comic as well as come up with ideas for the dolls. He is from West Virginia originally, having moved to Pennsylvania a decade ago. He first became aware of Jennifer’s books though her facebook page, becoming a huge fan. They became friends, then started dating. They were married over 2 years ago and have been total partners in life as well as in the comic book and doll business. Jeff has been a comic book fan since he was first able to read, and helps contribute many creative ideas.

Check Her links out at: 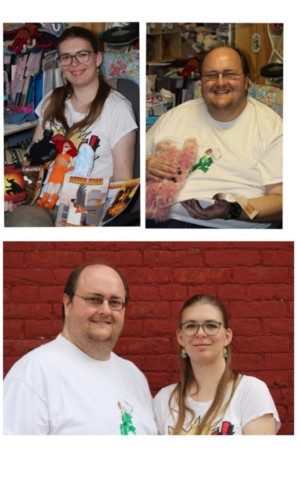 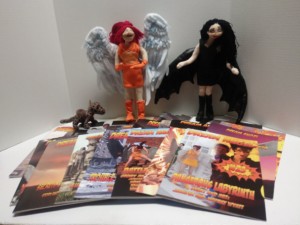 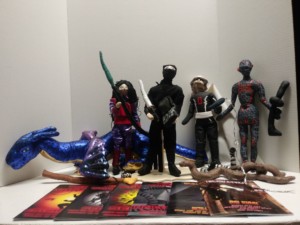