Summertime! Some of the fondest memories of our lives are rooted in summer days and summer fun, and so many of those memories involve the comics we read. So many Indie and pro artists alike remember the very first comic they read as a kid. Join us in checking out the latest and hottest comics for kids, and let’s continue the centuries-old artists’ legacy of corruption of the young!
An Barry Bui once said: “We all have come to understand that pictures strike us more efficiently than words. The cliché, “a picture is worth a thousand words,” exemplifies the significance of comic arts in America. From cave paintings to the Yellow Kid to Superman, comic arts have had a long and lasting history. What started out as just an advertisement scheme to draw customers to the Sunday edition of the local newspaper has manifested itself into a profitable entertainment business. Comic books now stand on separate grounds from comic strips, but the relation and transition from one to the other is undeniable.“ 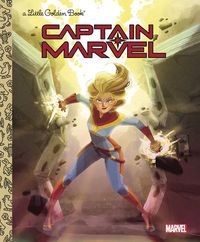 Since its inception, ICC Magazine has done its part, unexpectedly, by finding itself a staple in libraries across the US. Librarians from Southside Chicago have contacted us many tiimes for more copies of ICC Magazine because they are perpetually checked out–they can’t keep us on their shelves!
Make this summer one to remember this year. Check out our affiliate partner’s offerings of the hottest kids’ books and comics…and maybe you can create a comic book reading program to help kids near you.
http://www.people.vcu.edu/~djbromle/cartoon04/projects/barry/barry_comic-strips.htm
https://www.google.com/search?client=firefox-b-1-d&q=comics+and+literacy