Greetings everyone from the Mighty House of ICC,

Here in the Incredible world of Independents We find and we showcase new talent as well as talent that has some History behind it. We love to talk to our fellow Independent Creators and show you what they are working on and have been doing for some time. Yes, our pages have found yet another Creator who is Uber Talented, and his name is Mr. Andre owens. You want to talk about versatility, HE IS your man. His creative genius seems to know not just one type of creativity but many!  His resume is quite impressive and the fangrowth seems to know no limits, He’s NOT slowing down at all!  If you are a seasoned creator OR a new one and need mentorship, contact Him, trust me. He’s got time under his belt as a Publisher, Screenwriter, Cinematographer and much more!

Andre Owens is a Comic Book and Screenwriter living in Los Angeles. He spent the early part of his career as a Cinematographer shooting music videos, commercials, and Indie Feature films. Feeling constrained artistically by shooting other people’s dreams, he decided to change directions and focus on what he dreamed of by creating and writing comics.

He published his first book, Force Galaxia, in 2006 and has been part of the Indie Comic scene ever sense. He speaks at many conventions, including eight consecutive years on panels at San Diego Comic Con. Through his publishing company, Hiro Unlimited, he has published many books including The Bovine League, The Stoned Age, Force Galaxia, Hiro Unlimited One Shot, the forthcoming Sisters of Power and the 20 year in the making 240 page graphic novel, Omegan Chronicles.

As a Screenwriter, Owens sold his first feature to Sony/Screen Gems, titled Reparations in 2018. He also has many other film projects in varying stages of development. The most recent venture being for Lionsgate with the backing of Universal Music Group. He is also in production for a documentary called Herotalk, about the famous, now defunct, Black Super Hero message board from the early 2000’s.

His advice for young people or anyone looking to get into the entertainment field is multipart: 1) Perseverance. One can never, ever give up. If you do, you’ll never succeed. 2) Relationships. You cant be an asshole, well, you can, but social media lasts forever and people do remember. 3)Luck/Opportunity. This speaks for itself. 4) Once you have these things, you’ve got to have Talent to back it up.

Owens is also a partner in the Indie distribution company Black Indie Comix Distro, which is leveling the playing field for Indie creators. If you can’t get into Diamond, they’re there for you. 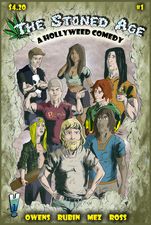 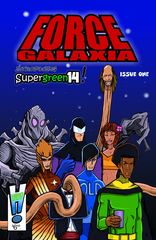 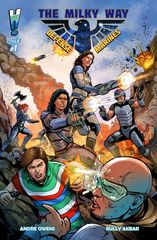 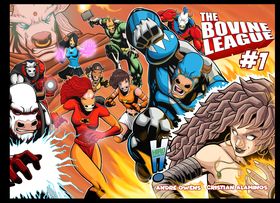 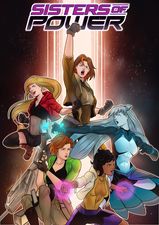