Advice.  noun meaning:  ” guidance or recommendations offered with regard to prudent future action.”

Mr. Quiring is a creator of absolutely many talents as You are about to see. I am tremendously impressed with all that He has done and is doing. The Guy is as the younger folks say,” All that!” Once you see His links and the work He has done You too will probably say He’s All that!  I can tell you, I talk to many creators during the week, from those just starting out to those who have been published majorly, and I listent o them. I also attempt to learn what I can to help formulate and stay persisitent with creation myself.  A lot of people talk. They talk about a lot of things, Opinions come and go as we expect. Sometimes You can get some good advice. THIS article is one of those times. Heed Mr. Quiring’s advice, because it is some of the best advice Anyone can receive in 2021.

Hailing from the godforsaken winter hell that is Winnipeg, Manitoba, Canada, Evan Quiring (pronounced Kwy-Ring) has been working on and off in the indy comics scene since 2002.  In addition to being the writer & artist on Scattered Comics’, Lucha Mystery and the upcoming murder City Devil comic book series, he has done artwork for various publishers including Heroic Publishing, Dynamite Entertainment, Alternative Comics, Red Eye Press, Ronin Studios, Afterburn Studios, Markosia, Coffin Cuties Magazine and Sugar Skull Media.  Being a fan of wresting, Lucha Libre, B-Monster Movies (such as the films of Ed Wood), and the Classic Universal Horror movies, he decided to amalgamate the various genres and created the comic book series Lucha Mystery. Also being a comic book fan since he was a kid, Evan has gravitated to creators who write and draw their own stories. He has been greatly influenced by the works of Matt Wagner, Frank Miller, Arthur Adams, Todd McFarlane, James O’Barr, Will Eisner and John Byrne, just to name a few. Lucha Mystery follows the adventures of Rey Diablo and other atomic powered luchadores as they fight crime, monsters and space aliens in the early ’60’s. The comic book features more insane wrestling action, daring luchador adventure, rock n’ roll surf movie monsters and fine, luscious ladies than you can shake a steel chair at! To sum up the series, it’s basically El Santo meets Ed Wood. After shopping around the first issue, colored by fellow Winnipegger, colorist Donovan Yaciuk, Lucha Mystery was turned down by every small press indie comic publisher, save one.  Sacramento’s own Scattered Comics, headed by Jason Dube and Noel Serrato The first issue debuted in 2017. Evan Quiring writes, pencils, inks and letters all the issues of Lucha Mystery. The coloring is currently done by Diego Vazquez, a resident of Mexico City.  In regards to giving advice when it comes to comic books, Evan Quiring has just this to say: “Get your books done. That’s it. Get your books produced and show them around. You might surprise yourself.” In terms of creating comic books, for Evan, the best feeling he gets is when his books come back from the printer. He says there’s nothing more satisfying than seeing your own ideas in print.  In terms of future plans, Evan is also currently writing and drawing a second comic books series entitled “Murder City Devil”. This series is a horror/ crime drama that features the urban legend of the 19th Century boogieman, Spring-Heeled Jack, running amok in the 21st century. The first issue is slated to be out by spring of 2021. He will also be launching his own website for his imprint, Psyclone Studios, also by the spring of 2021.

Ready for some links, Here ya go: 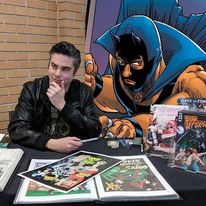 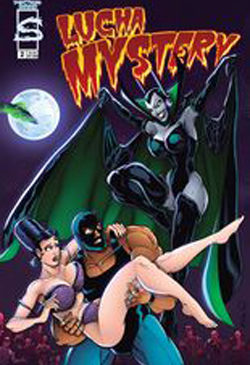 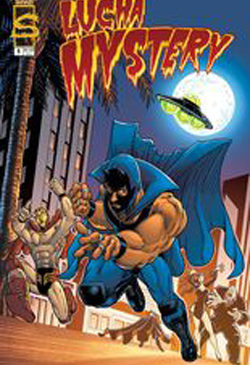 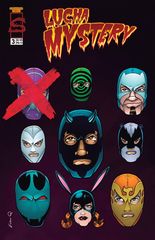 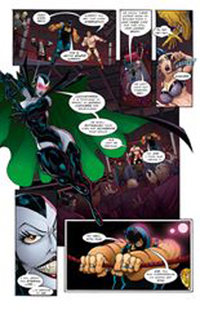 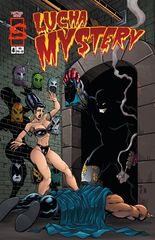 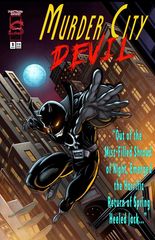 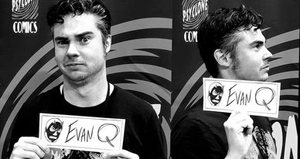