Jiba Anderson, Superbly Talented creator!  That is almost an understatement as talented as this man is! I have seen Jiba a few places on the internet and everywhere He posts He gets tons of fans! This man knows no limits! We love everything He does, the talent is as abundant as it is vast! He is a multi gifted Creator who has worked in the the arena where many different creators want to work with him! I have been privy to his work and seen the collaborations as well! His projects are amazing and very insightful to see!  Here is s a little bit about him:

Jiba Molei Anderson is a veteran in the creative industries working as an illustrator, graphic designer, writer and educator.

In 1999, Anderson formed Griot Enterprises, a publishing company / visual communication studio and created its flagship property, The Horsemen, which was first released in 2002 to critical acclaim. He has also the curator of the 4 Pages 16 Bars: A Visual Mixtape anthology series, which focuses on independent comics from creators of color as well as maintaining The Afrosoul Chronicles, a blog about comics, pop culture, politics and race.

Through Griot Enterprises, Anderson has had numerous one-man and group shows, art directed and published over 12 books and has been invited to speak about his work and the representation of race and culture at various institutions including the School of the Art Institute of Chicago and the Ohio State University. In fact, The Horsemen: Divine Intervention and the anthology 4 Pages 16 Bars: A Visual Mixtape have been used as textbooks for classes at OSU.

Anderson has also been employed as a graphic designer, animator, art director and graphic novelist for educational institutions such as the University of Illinois – Chicago, the Smithsonian National Museum of African Art and the Chicago Academy of Music including the music video Start A Fight for rock band The Ex-Senators (with Mark Rizzo Design) and The Song of Lionogo: An Indian Ocean Mythological Remix for the Smithsonian National Museum of African Art (with Brightseed Collaborative).

Anderson has also made an impact in the world of role playing games contributing content to the World of Darkness franchise (Vampire: The Masquerade, Wraith: The Oblivion) for Onyx Path Publishing

In addition, Anderson has designed marketing collateral for a number of events for Chicago State University including Return To Blackness: The Gwendolyn Brooks Black Writers’ Conference as well as curating The Black Speculative Vision exhibition for CSU in partnership with the Black Speculative Arts Movement. He also served as an illustrator and graphic designer for Chicago Mayoral Candidate Amara Enyia.

Recently, Anderson became the proud recipient of the Glyph Awards Lifetime Achievement/Pioneer award for his work in the comic book industry through the East Coast of Black Age Comics convention.

Currently, Mr. Anderson is employed as a Part – Time Lecturer at Chicago State University and as a BDM Instructor at Computer Systems Institute – Skokie.

ICC is truly honored to know a creator of this magnitude and we are very proud to call him Our firned! 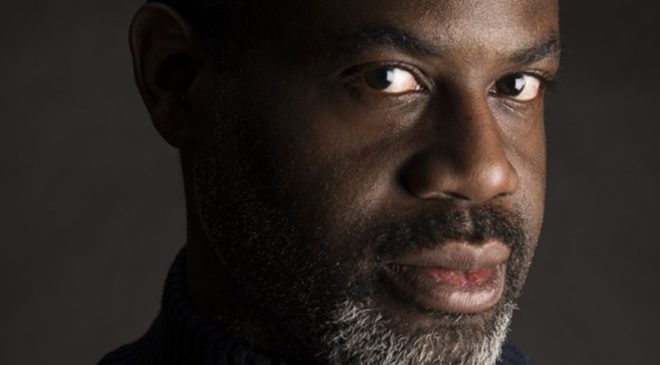