House of Muses: The Latter Days of Sappho of Lesbos – Review 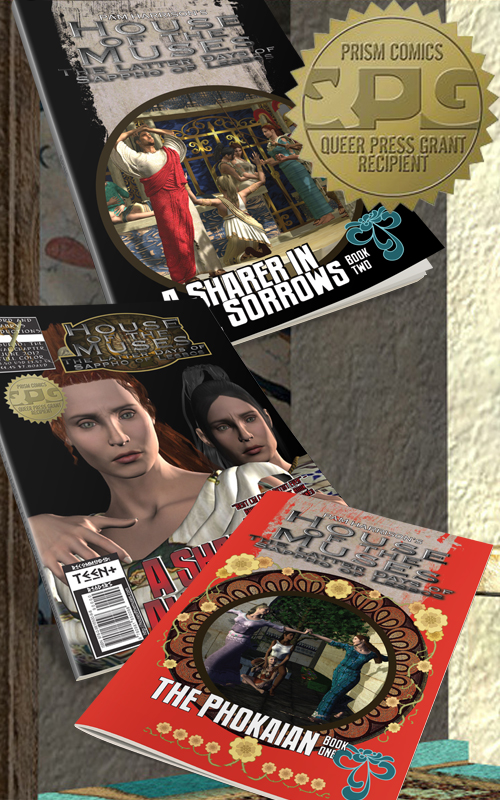 “But you, O Dika, wreathe lovely garlands in your hair,

Weave shoots of dill together, with slender hands,

For the Graces prefer those who are wearing flowers,

And turn away from those who go uncrowned.”

Pam Harrison’s House of Muses: The Latter Days of Sappho of Lesbos is not your typical graphic novel fare. The poems written concerning a woman named Dika deal with some hard truths of what women of the day endured as the world around them evolved. Some scholars even believe some of Sappho’s poems were actually written by Dika, possibly under the tutelage of Sappho, and then just included in works published later.

Either way, we are granted a detailed view of life at the time and, more importantly, a look into how the love of women for other women was perceived by the patriarchy. Sappho’s poems have been reviled and revered throughout history usually for the same reasons. 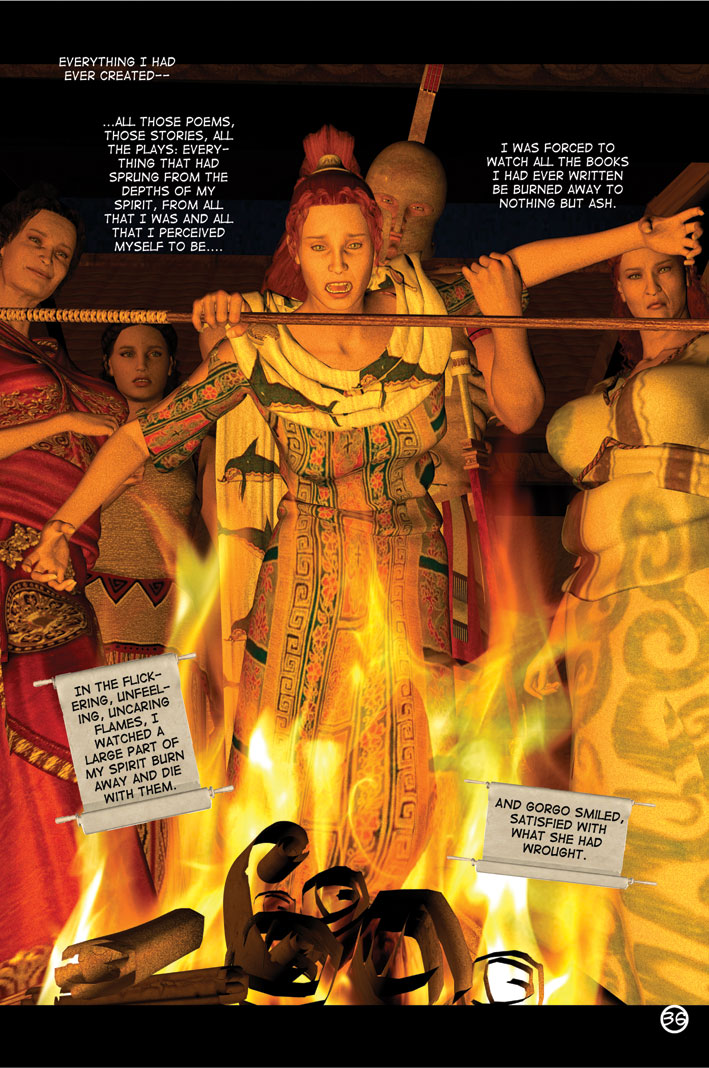 Here, Harrison takes one element, the life of Dika, and uses it as the thread to tie everything together. Instead of the grand wars, or the various machinations of courts, although they do play their part, we are treated to a look into a single, fascinating, life. 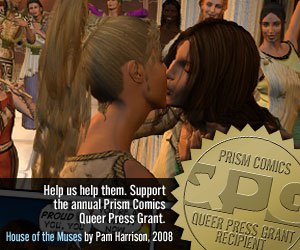 The life of a young girl, full of questions and doubt, as she traverses the terrors of being a raped slave before hitting puberty, to her travels through the Grecian world, to finally finding a life, of sorts, with Sappho of Lesbos, is not an easy tale to tell. Harrison tackles it head on, without any salacious side roads. By doing so she makes the characters real, their lives interesting, and avoids making the magnificent mundane.

In the hands of a lesser talent this could have easily been dumbed down and tarted up. Be grateful it wasn’t.

This is a book you will savor as you go. A rich tapestry of stories woven around 3D graphics.
On sale now at IndyPlanet. Also available on Amazon Kindle for $4.99.