Mr. Grant is an amazing individual. The Man has talent, is incredibly creative and knows a lot of people. Throw that in with a keen sense of effective networking and cool characters and you’ve got Branson Grant. He is not only superbly talented but He is absolutely a people person. He knows a lot of people in the industry, He has a large fan base and it’s growing.

Here is a little about him:

My name is Branson Lee Grant I’m 34 I was born in New York in the Bronx and a few years after that moved to Florida. I’ve lived in Marion county most my life I attended Anthony Elementary. I’m a brother of six and a father of three. It was in elementary I truly learned how much I loved to draw and create. I’ve been drawing pretty much my hole live, I was inspired by movies like the Tim Burton Batman, and Richard Donner Superman I would spend hours drawing Batman, so much so that my friends thought I was a professional. The moment that really made me think that art was something I needed to pursue was one of my teachers took some of my work and didn’t tell me what it was and sent it to Disney a few months later she read a letter in front of the class from them saying. Your work is really good for a kid my age and if I keep it up I should apply for there art department. It was then I truly knew what I wanted to do with the rest of my life at least I thought. I would go on to be inspired by other incredible artist who I hadn’t truly learn about till years later people like Jim Lee, Todd McFarlane, Rob Liefeld and Dwayne McDuffie these men help shape what I thought the comic industry should look like. I would spend hours practicing but all the time spent drawing help me find out what I’m truly passionate about I loved creating characters but I loved writing them even more and it. Creating a incredible story that stands the test of time and amazing characters that people love and invest there lives into so much that they feel like there part of there family or best friends or someone they can see themselves in. I began to relate to other people who I could see my self in people like Marl Millar, Robert Kirkman, Nick Spencer and Tom King especially older writers like Alan Moore due to Watmen.

But it wasn’t till I got to meet Ethan Van Sciver artist for DC COMICS at Mega Con that I got serious about my project and realized this was more than a hobby. He told me to write from what I know put my self in the self and the world I’ve built around me in it, trying to just make up everything all the time your story and characters will become stale your want them to grow with your readers like you and your friends did in the world. After that I ran home and started writing more than I had ever wrote before backgrounds likes dislikes trying to make every character matter. Shortly after that I got to attend one of my first local Con events and met the incredible Terance Baker truly after meeting him I was blown away how someone so important was so easy going I excited him to be wearing a suit or something but he was just hanging out drawing at his table. He called me over after seeing my work and gave me my first interview I was deeply honored. And he opened me up to this hole other independent comic art world that I didn’t even know existed and I was so excited. It wasn’t till years later I would have the honor of meeting Tom King he was absolutely incredible and so helpful he even wore a custom lanyard I made for the event the hole weekend he introduced me to DC comics representative and gave me some pointers and shortly after that I finished my first book The Protector saga part one and the comic book is in development now my DC artist Carlo Barberi and being inked by Matt Santorelli both have worked on Green Lantern and Super Sons and so much more. This project has been a incredible goal for me and to see what it has become and the overwhelming support from God my family, friends and fans is to much without them I wouldn’t be where I’m at now The Protector saga means a lot to me because it means a lot to so many others people and I refuse to let any of them down. 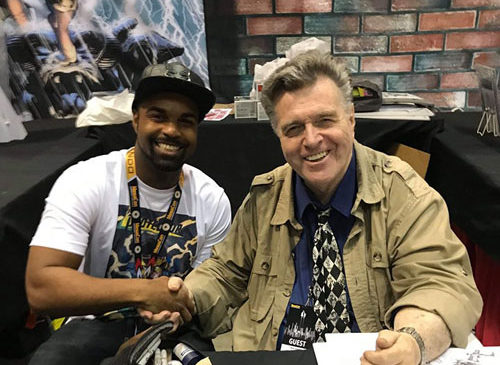 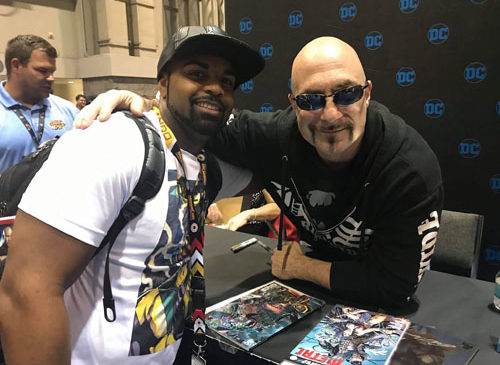 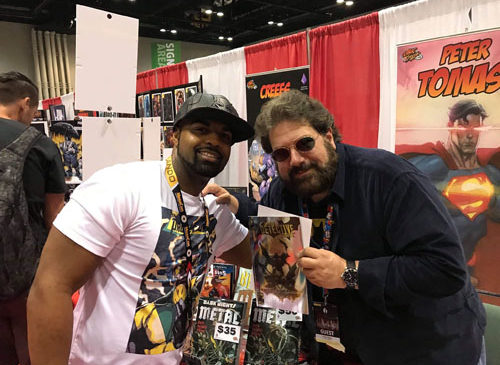 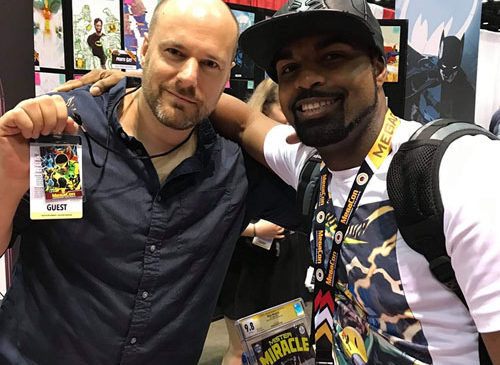 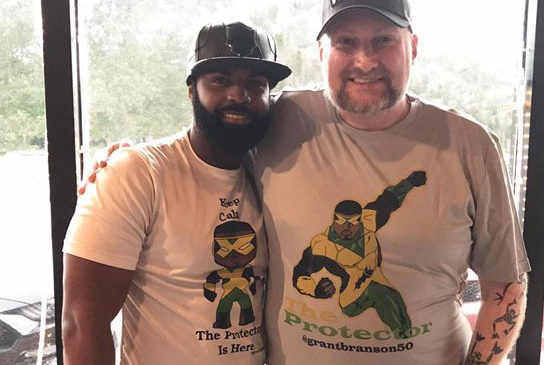