One of the coolest cosplayers I know in the business,  Anna is a true professional and has been in the game for a while. A repeat invited guest at Cons all over the place She is one that fans love to see return over again. She is friendly, charming and never lets the fans down when they want to take photos with Her. I have seen some of Her amazing Cosplays and She goes above and beyond each time! Here is a little more about Her:

Anna Stasia began her cosplay adventure in 2013. In that time she has made nearly 100 cosplays. She focuses on sewing intensive cosplays and utilizes her 15+ years of experience as a self-taught seamstress. Every year, she tackles one intricate sewing project, aiming to improve her skills. She is constantly seeking new techniques and trying new things to improve her creations.

Recently, Anna Stasia began adding more armor and prop building to her repertoire. Since starting her cosplay journey, she has crafted various items with worbla, sculpting clay, resin casting, LED lights, and  EVA foam. Anna Stasia loves to challenge herself and learn new talents so she tackles at least one project per year to hone her armor or prop making skills.

Because she is entirely self-taught, Anna Stasia tries to give back to the community by creating tutorials for her cosplays. Hoping others will learn from her mistakes and her builds, she documents as many of her cosplays as possible. These tutorials are posted on her website, as well as shared on her social media accounts and in groups on Facebook. She has a beginners sewing panel and is also putting together a series of panels on different sewing topics.

Additionally, Anna Stasia is a body, age, and race positive cosplayer. She firmly believes anyone can cosplay their favorite character. Being a curvy cosplayer, she aims to use her own self-confidence in cosplay to inspire others.

When not cosplaying, Anna Stasia enjoys spending time with her husband and son. She’s an avid reader, and even dabbles in gaming occasionally. She is also teaching herself photography, as well as photo editing.

Village Belle photo by Me

ANNA STASIA is truly a superb Cosplayer and ICC is honored to know Her. 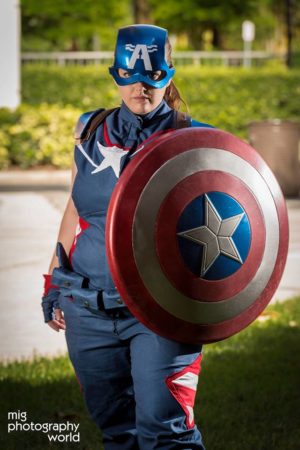 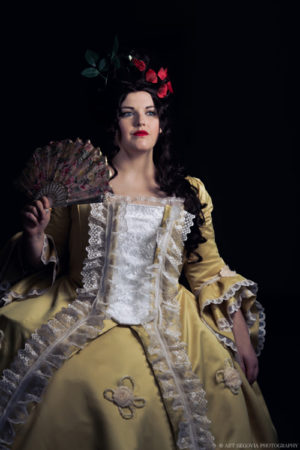 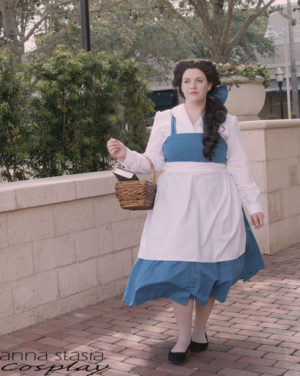 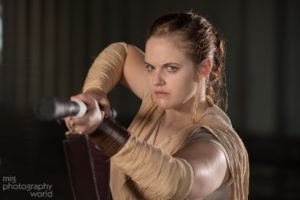