Article 30, Brian Silveira, This excerpt was written by Rebecca Rose  of the Sun: 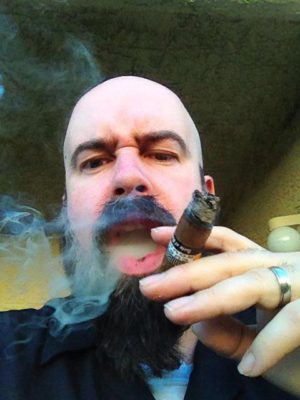 “A boy. A girl. A rabbit. An unspeakable evil.”

The epigrammatic descriptor of Brian Silveira and Lisa Nguyen’s graphic novel barely scratches the surface of the provocative and stirring work that is Bun. Based in Santa Maria, the comic book creators have penned a unique work published and distributed almost entirely on their own.

They just released the second installment in the series, Bun: Book 2.

“I’ve always wanted to write and draw my whole life,” Silveira, 38, said, “but I never had the nerve until I got older.”

Silveira was born and raised in Santa Maria, and his world was always filled with incomplete stories he had worked on since he was a small child. He said he was always imagining stories in his head but never quite able to manifest his visions into a larger project. That was until he met his wife, artist and writer Lisa Nguyen. The couple met as art students at Laguna College of Art of Design in 2004.

“Lisa helped me put things together in a way that’s readable, a way that’s actually clean,” Silveira explained. “Someone just had to coax it out of me.”

Nguyen, 32, who originally hails from San Diego, said she always had a love of drawing and storytelling. She also experienced a creative breakthrough thanks to her partnership with Silveira.

“I wanted to push Brian to do this comic because he had a good idea,” she explained. “I like stories that do very good character development, ones that get to the root of what a human being is psychologically, and how they react in certain situations.”

That idea involves an intricate tale that follows a young boy and his pet rabbit, the titular Bun. The book picks up after the boy, Milo, loses his mother to cancer. In the wake of her death, his father retreats into alcoholism and depression, essentially making the boy an orphan, alone and struggling with his grief.

Milo suddenly disappears, transported to another world where his rabbit Bun serves as the only bridge back home. Silveira said he wanted to utilize a McGuffin (in this case Bun), a physical device or object that serves as a trigger for a story’s plot, in a more advanced way.

“His only link to the real world is his rabbit,” Silveira explained. “Milo gets wrapped up in this battle between entities that are long, long extinct. He’s a pawn … and that rabbit plays a big role.”

The series is a jarring examination of the nature of reality, dangling questions about just who or what exists (and where). The images vacillate from haunting and unsettling to vulnerable and nostalgic.

Without spoiling the plot, Bun experiments with elements of fantasy and horror, grounded in the all-too-real struggle of a child coping with the darker truths of human existence. It is a beautiful and poignant work, one that clings to a reader’s curiosity.

“Bun is about a person trying to rediscover their childhood,” Silveira said. “I want the reader to wonder if this is even real—is the dad just imagining all of this and the kid is really gone?”

When it comes to the physical process of creating the books, the couple works collaboratively. Silveira begins by sketching his images with pencils using Bristol art boards. The finishing touches are done digitally through Photoshop. Nguyen works on art, editing, and formatting before they print the final product, while Silveira draws out the preliminary pages and works on putting the actual story together.

The books are published and printed through a website called lulu.com, which provides printing resources for independent writers and artists. Silveira said the work represents a labor of love and not a money-making venture, opting for high quality paper and covers that leave little room for a profit.

“We got it down to $11 per book to print,” Silveira said. “We are not making money off this endeavor at all, but that’s OK.”

The couple, parents to 2-year-old Sol, work as real estate agents in their 9-to-5 lives, focusing on their art and writing when they have downtime.

“We’re artists at heart,” Silveira said. “Every week I try to draw one page. Then Lisa and I discuss it through the course of the week, when we’re getting the baby ready or heading to work. Ideas pop in our head and we discuss them as they come up.”

By the time Sunday rolls around, Silveira is ready to map out another image based on the ideas they’ve tossed around through the week. Nguyen said that when they compile the pages, they then discuss what other parts of the story they still need to flesh out.

Silveira said he is influenced by works such as Paradise Lost by John Milton, the art and poetry of William Blake, the films of Akira Kurosawa, and horror writings from authors such as Stephen King, Dean Koontz, and Clive Barker. Silveira also points to the work of Japanese animation director Hayao Miyazaki as an influencer on their workflow.

“We want to keep it organic,” he said. “With Miyazaki, the way he storyboards, he throws the art in a pot and strings them together later on. We do have an overarching plot, which we add to as we get to the finish line. It takes months and months.”

Nguyen and Silveira have completed Book 1 and Book 2 in the series and are now working on a third installment. Silveira said he doesn’t know when he’ll stop, but said it could possibly extend to a sixth book.

“We get better as we go,” Silveira said. “The story is getting richer and deeper. In the end, the reader is going to see the evolution as it gets more mature. It’s exciting.”   )     Article by Rebecca Rose 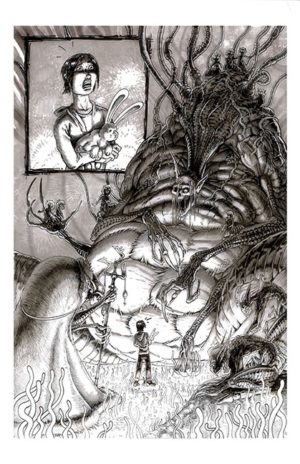 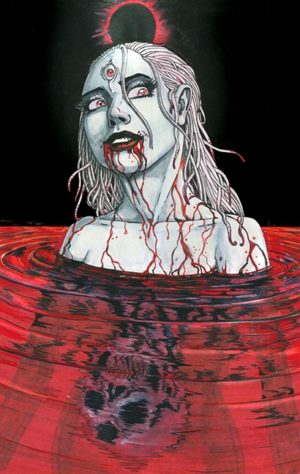