I met This talented creator at one of the local cons either OcalCon or RangerCon, I think it was Ranger if memory serves me correct. This man is talented! He is currently doing a few collaborations with people AND they Keep calling him back. That says a lot, He has some serious skills and You can see samples here in this article ! Wow! Great stuff ! Creators are reaching out to him and You can see why.  Here is a short Bio about Him in His own words:

” Thinking back on that young boy in the late 70s. early 80s sitting in front of the television on a Saturday morning with his notebook paper and a handful of pens and colored pencils. doing what kids used to do back in the day after scarfing down there bowl of instant “pick-me-ups” Of course there were the usual cartoons that everyone grew up with… Scooby, Fred and Barney, but there were those special ones that i was immediately drawn to, Superfriends Spider-man, Fantastic Four, Thundarr The Barbarian…even Captain Caveman and the Teen Angels. But my first love was watching Marlin Perkins as he led inquisitive minds on a journey through ‘Wild Kingdom’. My love of nature was, and still is what rules my inner being. I always jokingly say I was a marine biologist or botanists in a past life. There was also THE ART. Countless hours spent drawing those magnificent animals and plants…then came the heroes. Inspired by an episode of Thundarr the Barbarian, at eight years old I drew my first comic strip on that same notebook paper. That was the beginning. i always wanted to be an “artist” but I believe i had my first thoughts of taking up comic art seriously after visiting a comic shop and picking up copies of Justice League of America #185 , DC Comics Presents #26 and AVENGERS #233 and X-Men #120. Those three books solidified my love for the genre. The stories were great,but what really fascinated me was the characters. Fast forward… in the pursuit of a commercial art degree the creative part of me, inspired by such comic legends as John Byrne, John Buscema, Alan Davis and my absolute fave George Perez ebbed and flowed throughout the years. Sometimes put aside because ” life” had taken control and you had to do what needed to be done as opposed to what you wanted to do. and the dream was lost (though not in it’s entirety) in the tide…for a while. Then in 2011, i had the opportunity to meet one of my fan favorites (and artists mentor in my own head) George Perez at a MegaCon convention. That breathed new life into my creative focus. New characters would be created, Old ones evolved and storylines developed. Even though I must confess, In my own mind I’m not much of a writer, the personalities of my creations would come alive as if conceived through Divine Intervention. Eventually…after two or more failed attempts at completing a book for various reasons I finally set my mind to complete it. Designing a Trademark/copy write for my work by incorporating the name that some of my close friends call me “Jaybird” and coming up with a title for my book, I was well on my way. After years of using that appellation, circumstances revealed to me that there was another book whose title was uncomfortably similar to the one i was using. Reluctantly I chose the drop the title that I had so gotten so used to. Once again down…but not out. Contributing artwork for various projects while still working on my as yet officially named piece which as of this moment is being called “The Black Book: The World Of Jason “Jayebird” Tribue, which is basically a Who’s Who in the JBT Universe and will most likely have a short adventure featuring the main characters…SO STAY TUNED!”

I can tell You Jason is a force to be recognized with and He is here to stay, Keep a look out for him! 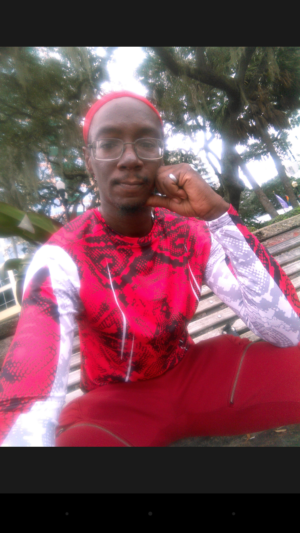 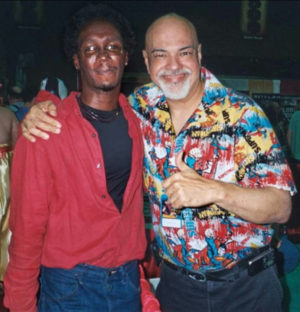 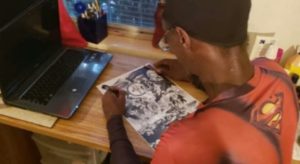 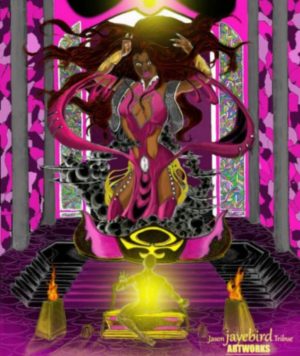 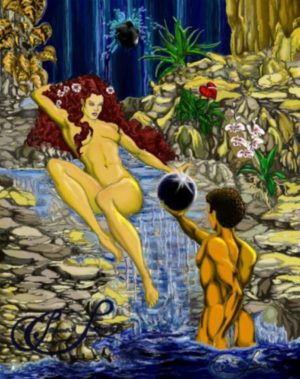 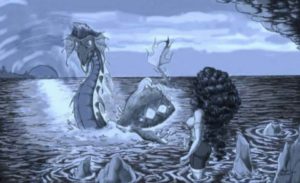 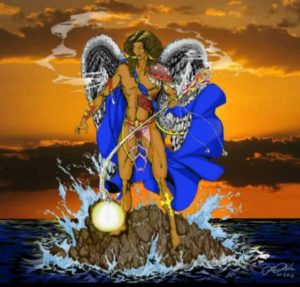