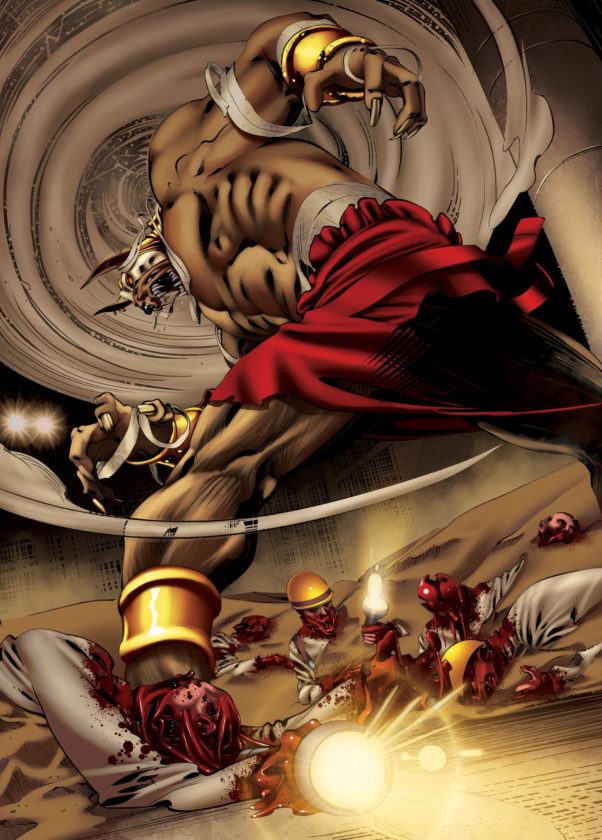 Andre L. Batts, born May 4, 1966, grew up on the west side of Detroit. Andre had a close knit family with his Mom, Dad, brother and his many cousins. They were a close knit family, but there was one difference: Andre was the only one that had a love for comic books. Growing up during the 70’s other kids would say to him, “Man why are you always reading comic books?” He had a love for comic books such as Dr. Strange, the X-men, Silver Surfer, Thor and the Avengers. He was a self taught artist, who learned to draw by looking at the images that were in the comics that he had been reading, as well as His mother’s album collection. Through time Andre stopped drawing due to becoming a teenager and discovering girls, at this time period Andre still occasionally picked up comics that he generally read as a child. He no longer bought his comics at the neighborhood store, but now he had to buy his comics at comic book specialty shops outside the urban Detroit area. It seemed to Andre that they were trying to keep African Americans from having access to these comics, unless they had the means to go into the suburbs.

After years passed, Andre had begun studying the African Diaspora; Kemet (Egypt), the Medu Neter and all that was related to his African cultural roots. Andre soon realized that there wasn’t enough African American representation in comic books, yet African Americans were spending a lot of money on comic books, including him. Andre realized a lot of comic book stories stemmed from ancient African Myths and Spirituality. The Myths were watered down to fit characters such as Superman, the X-Men and others in the Marvel, D.C. Universes. So, Andre, being heavily influenced by the books he read in his 20’s and 30’s, as well as the music he listened to (Reggae and conscious Hip Hop), he began writing and writing and eventually developed his own likeness in an African American character. His passion for drawing comics as a kid led him to create his own comic universe, Urban Style Comics—based in Detroit—in the mid-’90s. His lead superhero is Dreadlocks; a blind but strong African-American character with locks. Dreadlocks helps with literacy and educates Blacks with a little African culture. 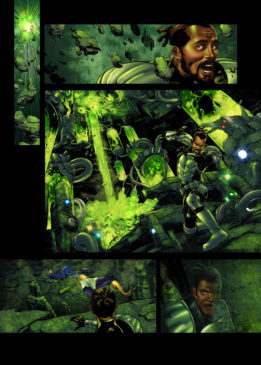 “When they read the comics,” Andre adds, “not only are they enjoying our artwork, but they are learning something of their culture to the point where when they read the Dreadlocks book, they are like, ‘Wow, I need to read up on some of this information that’s in this book to see what’s going on and find out some truth.’ “
Dreadlocks’ title has been rolling out ever since.
You began reading comics in the early 70s on the West Side of Detroit. You’ve noted that the other kids were always asking you, “Man, why are you always reading comic books?”
Yes, I was asked that a lot. If I wasn’t playing basketball, football or playing my guitar, reading comics was my favorite pastime.
What were your favorite early comic heroes?
Mostly Marvel characters like SpiderMan for his personality. His universe had some of my favorite villains like Doctor Octopus, Electro, Rhino, KingPen, Mysterio. Thor, because of his godliness, strength and the pantheon of gods surrounding him. Doctor Strange, for his mystic magic and dealing with the unknown. Silver Surfer, and Warlock because of their cosmic abilities. And the whole Uncanny X-Men universe.
Can you remember the first comic book you ever read?
The first I think I ever read was a character named E-Man that my mom bought me from a store named Federals. 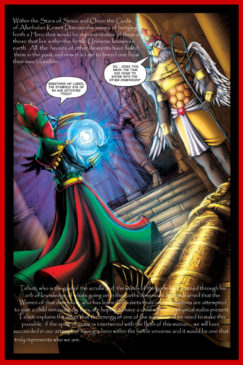 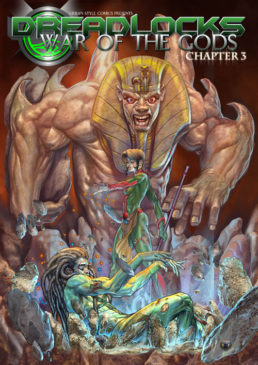 What was the atmosphere like in urban Detroit through the 70s and 80s? Did that have a considerable influence in your decision to create comics accessible to all kids?
Growing up in the 70’s in Detroit was great! We basically had access to everything kid friendly. We loved sports, watching Dr. J (Basketball) and the Pittsburgh Steelers for our football. I was also an artist, so I loved to draw Marvel characters. At this point in life I’d no idea there wasn’t enough Black representation in comics, I was just reading and drawing what I had seen and wanting the powers they had. At times my Father pointed that out to me, but I never really paid that any attention.
You created URBAN STYLE COMICS in 1995. What was that experience like?
It was a beautiful experience once I started seeing my books in print. Urban Style Comics was around locally for 2 years before Dreadlocks came to the pages. URBAN STYLE COMICS was established in 1995 with one mission: to bring real, high quality Comic Books to the urban areas throughout the world. USC’s passion for excellence and inclusion into the mainstream is what inspired us in the beginning and it continues to drive us today. Urban Style Comics pride ourselves in the superior experience of shopping in our Comic Book Store and in the long-term relationships we’ve built with our customers. People come back to URBAN STYLE COMICS because they know they’ll find what they’re looking for onsite – and if they don’t, we’ll help them find it. Stop by to see for yourself! 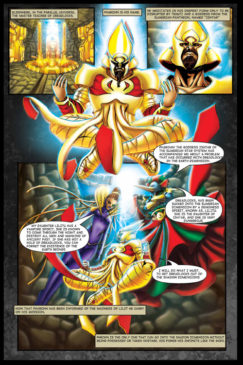 What fueled your interest in the African Diaspora and Egyptian myths? The natural answer would be an interest in one’s cultural history and roots, but was there a specific moment in time that made you want to learn more? And when did you decide to convert those stories to a superhero genre?
I was fueled while in the Navy. One of my officers that was doing a training exercise had stated that “the United States Navy was a depiction of what our society actually was”! That resonated in my head, that was 1988. While in the Navy I was learning so much about our struggles in Western Civilization and it all started with slavery, the Civil Rights Movement, the Black Panthers, Nation of Islam and the Nubia Islamic Hebrews and eventually the Ausar Auset Society, where learned more about Kemet (Egypt). The more I had awakened the more I wanted to help lift up those that look like me. At this point, I began creating my own stories surrounding: Egypt, Nubia and other parts of Africa and our history here in America. I was still doing artwork off and on, so I kind of had a concept for my flagship character Dreadlocks. At this point I started creating my own superhero universe. In creating my universe I continued reading Ra Un Nefer Amen, Dr. Ben Jochannon, Tony Browder and more. This was in 1992. 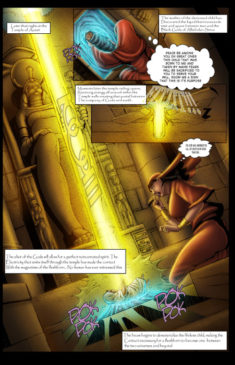 What’s the greatest challenge you’ve faced as a comic creator? What did you learn from it…and why?
The greatest challenge to this date is still the market itself. A character with Locks had proved to be threatening to what many call the mainstream. It was hard to find my targeted audience within the comic industry market, because it appeared to be predominantly white, and/or Asian with sprinkles of a black enthusiast. I ended up creating my own market establishing the Motor City Black Age of Comics here in Detroit. It helps me bring my work to my demographics, allowing them access to me and others like me. 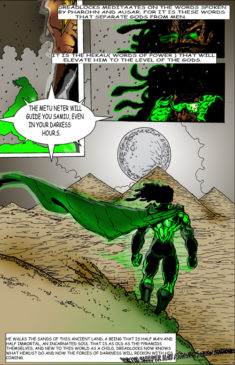 What is the MOST IMPORTANT message you want to send to young readers?
Stay true to your craft. Never give up on your dreams and even when your dreams come to fruition continue to build upon them.
What’s next for URBAN STYLE COMICS and you?
I’m building my character catalogs for the future, also I’m working on action figures, animation and hopefully a live action movie and something for a streaming network such as Netflix.
Follow Andre Batts and the latest adventures of Queen Nubia, BlackWatch, and Dreadlocks at https://www.urbanstylecomics.store/