{Featured Image at top: From House of the Muses #10 (Unfinished), January 28, 2012. A Sharer in All Sorrows: The Funeral of Sappho. The rich lighting softly contrasts the cast of characters coming to terms with tragic events.} 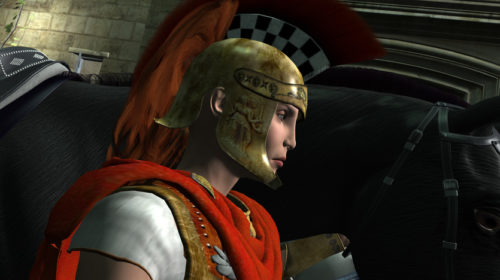 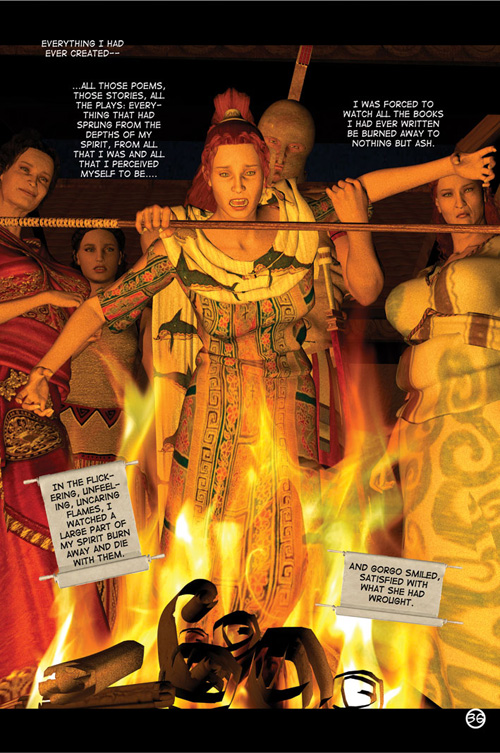 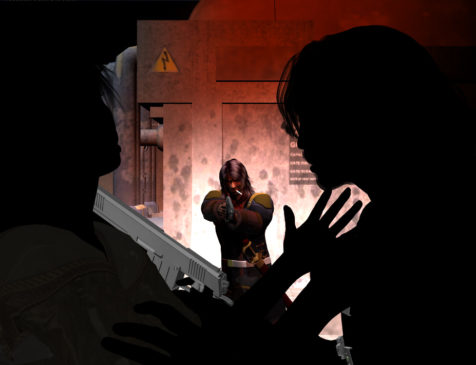 Light conveys mood, emotion. Suspense. Despair. Void and emptiness. Joy and love. I’ve done a million and one renders since 2006, which was the year before the first issue of House of the Muses was ever launched. My early efforts were less than spectacular, and plenty of comic critics were more than happy to step up and say so. I had no one to teach me how to create light sets or use what was available in those early versions of Daz 3DStudio. The earliest panels of that first issue had no lighting at all, and I was soon challenged to search numerous 3D sites to find free lights or create my own. Through the years I’ve done a little of both. 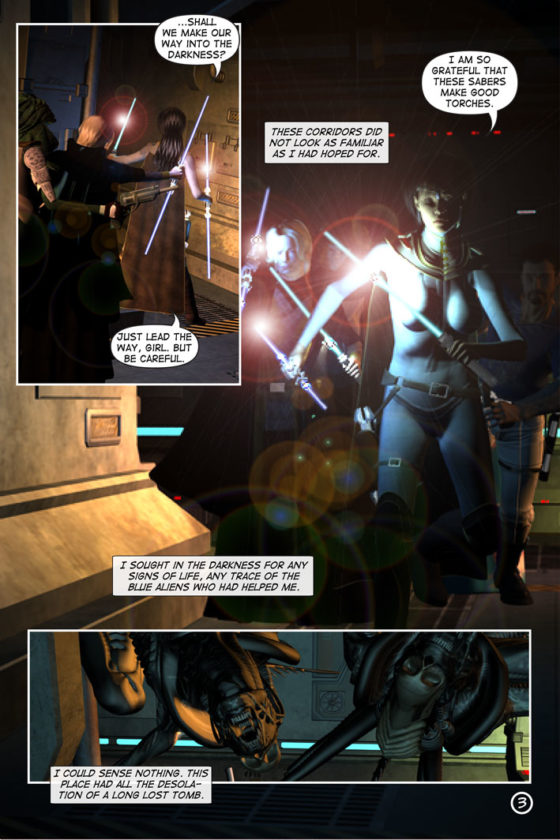 You can see by the images in this article that a variety of lights create completely different effects. Three point lights, spotlights and Deep Shadow maps create mood in the pictures at right and below. 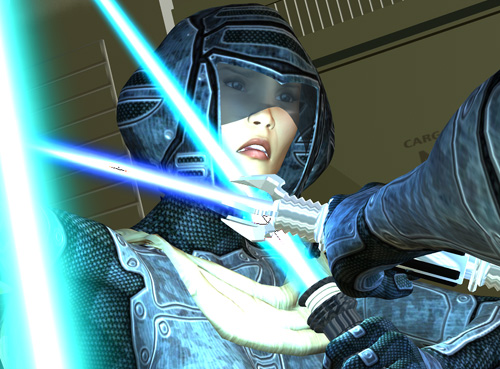 The following pictures have their own mix of lights, and parenting point lights to lightsabers and centering them creates another cool effect. Every single one of these light sets are my own creation, created and tweaked until I got the effects I needed. 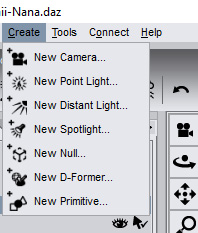 I will soon sell them on my website at houseofthemuses.com.
The possibilities are endless as you try out each new set of lights and work toward the effects you want. Some really hot tricks I’ve learned: You can change the angle of your lights by selecting Create: New Primitive, make it a 1 inch cylinder, select and drag all your lights into it. Now you can rotate your lights 360 degrees for even more lighting angles and effects.
Well, all these ideas should keep you busy for awhile. Get out and look around! You can find hundreds of freebies, lights, tutorials and ideas to keep you creating for many years to come.
My two favorite sites for lights and freebies are Renderosity and ShareCG.com. The Renderosity link below has more than 900 listings for Lights.

While I’m at it, here are some bonus links I found browsing earlier today, and I wanted to put them out for someone who could use them. Check out some of these treasures!