PRISM COMICS and the CARTOON ART MUSEUM were pleased to announce the Winners of the SECOND ANNUAL PRISM AWARDS at a special panel at COMIC-CON INTERNATIONAL SAN DIEGO on Saturday July 21, 2018. 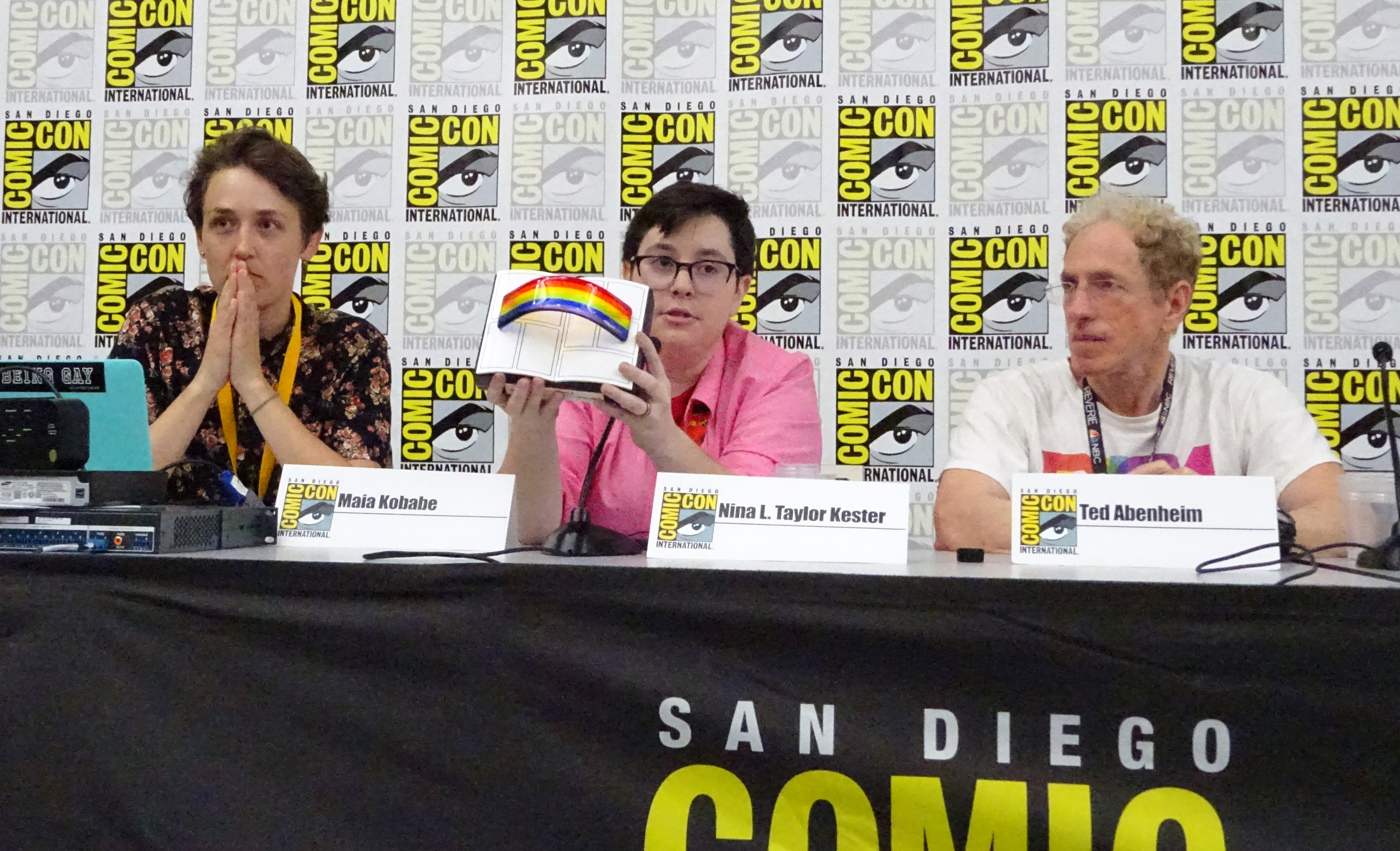 Maia re-announced the winners from last year’s 2017 Prism Awards (see below) and honored the judges involved in this year’s awards (see below). As the 2018 nominees and winners were announced Molly Ostertag (The Witch Boy) and Zora Gilbert (Dates: An Anthology of Queer Historical Fiction Volume 2) accepted winning their 2018 Prism Awards in person with heartfelt speeches on the importance of the awards to themselves and the community at large. Videos were presented to the audience for acceptance speeches by those 2018 winners who were unable to be present in person, including Blue Delliquanti (O Human Star), Noella Whitney (To Measure), Weshoyot Alvitre and Daniel Heath Justice (The Boys Who Became The Hummingbirds).

In keeping with the creative spirit of LGBTQAI+ comics creators, the Awards themselves are hand-crafted with design by Nina L. Taylor Kester (Queer Comics Expo) including a glass rainbow by Amy Karadbil and etched comic book base by Barry Figgins (Lyris Laser Studio). The panel closed with encouragement for submissions for the 2019 Prism Awards which will open next Spring 2019 and will be announced through the Prism Comics website PrismComics.org. The Queer Comics Expo in partnership with the Cartoon Art Museum which held the first Prism Awards ceremony in 2017 was also announced to return in 2019 with newsletter signups for updates at qcexpo.tumblr.com.

The Winners and Nominees for the 2018 Prism Awards are: 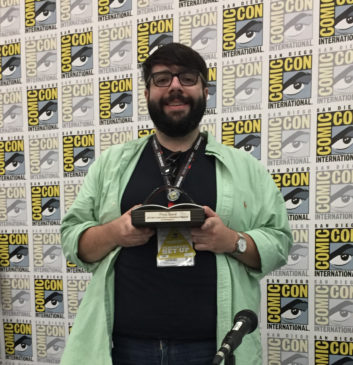 Prism Comics and the Cartoon Art Museum would like to thank the talented group of fifteen judges from the fields of comics, education, library science, journalism and writing for reviewing over 100 entries in various categories and voting on the Awards. The judges were:
AJ Real (Advanced Death Saves edited by Josh Trujillo) – @darkshifter
Ajuan Mance (Gender Studies; Alphabet; We’re Still Here) – http://8-rock.com/ @8_rock 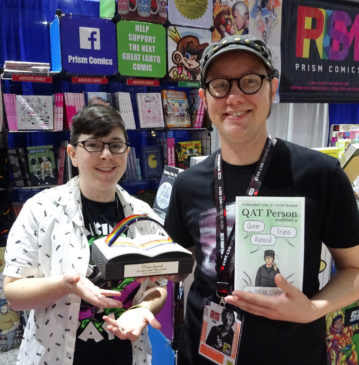 Prism and the Cartoon Art Museum would also like to thank Comic-Con International: San Diego for their long history of fostering diversity in comics and popular media and for the opportunity to present the Awards at Comic-Con this year.

The 2017 Prism Award winners and nominees were:

BEST SHORT FORM COMIC – WINNER: Nothing Wrong With Me by Dylan Edwards – https://thenib.com/nothing-wrong-with-me
NOMINEES: Flux by E Jackson – https://eshiel.itch.io/flux
Liar by Hari Conner – http://www.hari-illustration.com
The Kiss of the Demoness by Gillian Pascasio – http://7clubs.tumblr.com/post/162631688904/page-1-8-pages-9-16-thought-it-was-about-time

BEST ANTHOLOGY – WINNER: POWER & MAGIC: The Queer Witch Comics Anthology edited by Joamette Gil – http://joamettegil.tumblr.com/page/3
NOMINEES: Beyond: The Queer Sci-Fi & Fantasy Comic Anthology edited by Sfé R. Monster & Taneka Stotts – http://beyond-press.com
Food Porn edited by Gina Biggs – https://www.kickstarter.com/projects/1882684772/food-porn-a-comic-anthology
Chainmail Bikini: The Anthology of Women Gamers edited by Hazel Newlevant – http://chainmail-bikini.com
Prism Comics – Founded in 2003, Prism Comics is an all-volunteer non-profit organization that supports LGBTQ+ and LGBTQ+ friendly comics, comics professionals and readers. Prism fosters diversity in comics and popular geek culture and is one of the only comics organizations that provides an annual financial grant to emerging comics creators – The Prism Comics Queer Press Grant. Learn more at prismcomics.org.
The Cartoon Art Museum – The Cartoon Art Museum’s mission is to ignite imaginations and foster the next generation of visual storytellers by celebrating the history of cartoon art, its role in society, and its universal appeal. The museum’s vision is to be the premier destination to experience cartoon art in all its many forms from around the world, and a leader in providing insight into the process of creating it. The Cartoon Art museum can be visited online at cartoonart.org and at its new location 781 Beach St, San Francisco, CA 94109.