Find a comic shop participating in Free Comic Book Day near you! 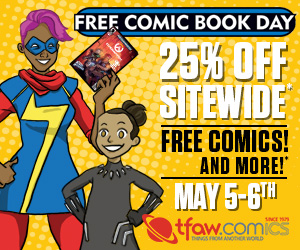 Free Comic Day is here!!! How will you spend it??? Drop by your local comic shop for free comics, support Indie artists, get new stuff! Comment here with your website links if you are promoting Free Comic Day with your own comics!