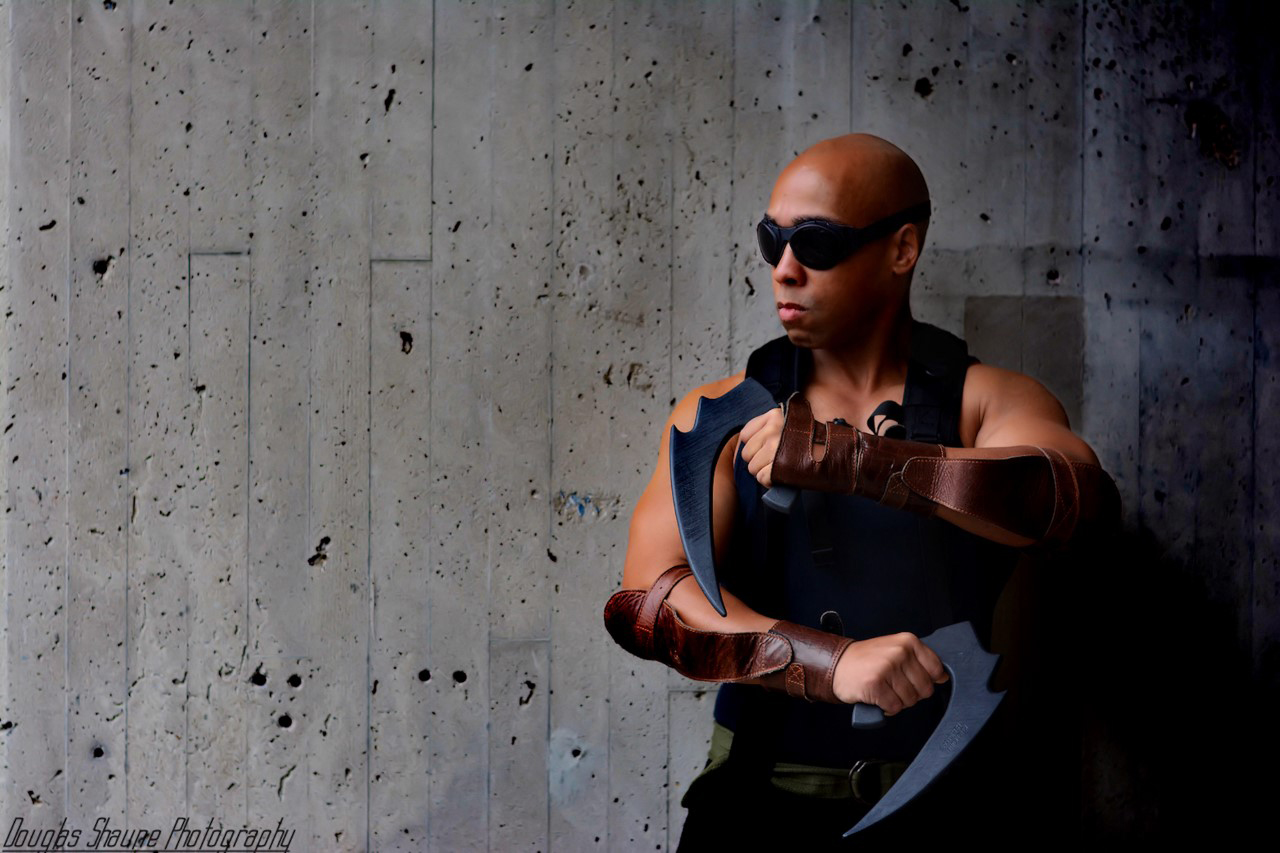 Harold B. Gibson Creator/Owner/Producer/Host at HB Gibson’s The X Xone, co-creator and co-host at H & R Movie Talk actor who studied drama at New Jersey School of the Dramatic Arts, Lives in Newark, New Jersey, and is a cosplay legend out of New Jersey. When not making his web series Body Jumpers or hanging out at his favorite comic shop in Newark, NJ, he is doing interviews for The X Xone. You can check out Harold Cosplaying at conventions, being a stuntman, and director. You can tune into his Facebook page for inspirational talks and gaming reviews of older games, movies, and anything geek.

He is a pillar in the East Coast cosplay community, doing community outreach and awesome cosplay. He has a large group of friends and talented artists who join him in his geektastic lifestyle. While geek culture has been mainstream for the past few years, he has been in the community since 2015 as a Cosplayer. He is a life-long geek. His acting background and stunt work all add up to an A-list Cosplayer, who is always working on his next cosplay.
He has been everyone from Black Adam to Luke Cage, Nick Fury, Storm Shadow, an original take on Superman called Dark Star Superman, and Cyborg Superman, you could catch him as a Jedi in the morning, then a Sith at night. Much to the delight of children and fans, with such great Cosplays as RedHood and more, the cosplay community has grown so immensely over the years and people like Harold and his friends are always bringing it to new heights.

Tell us a little bit about yourself Harold, the films you have done, and your Hobbies.
I’m 47 years old. I’m from Newark NJ… still there… I’m a Cosplayer, actor and I host my own show on YouTube called The X X Xone (HB Gibson Channel). It’s a “random geekiness” show. I’ve done a variety of independent films and currently acting in the award winning Sci-Fi web series Body Jumpers: Resurrection and Silent Stories, both created by Alex Fernandez. I’m also in an upcoming film called Manhunt by Franklin Correa. It’s an action suspense film. My hobbies are Cosplay, making my shows and retro gaming. I’m somewhat of a video game historian hence my other show The X X Xone: Retro Gaming With HB Gibson.
What would you like to see more of from independent actors?
A grounded mindset. Just because you’re a little popular, remember that there is a MUCH LARGER audience that doesn’t know who you are. Be humble and grateful on the level you’re on at the moment. Be willing to work together and trust the director… and BE ON TIME. I want to see them be professional, but not forget to have fun.

Do you feel that Indy movies get lost on the shelves? And why do/don’t you feel that way?
Many times they DO get lost in the shelves. I feel that there are MANY Indie films that just don’t get the audience that they should. Unfortunately the general audience only eats what’s fed to them. They don’t really know about the gems in the dark. The fantastic films that, unfortunately, get shoved in the corner by powers that be that see these fantastic works of art as competition and are intimidated by the works of these amazing unknowns… there’s a LOT of shade out there.
Do you feel the Indy actors and the movies they star in don’t have a have a bigger voice to be heard by the consumers?
WE are the voices COLLECTIVELY. The Good Book says, “To be a friend, you must first show yourself friendly”… you want a boost? Boost someone else. Support each other. We’re all trying to get ahead. Let’s be EACH OTHER’S fan! When consumers see enough of us supporting each other they’ll HAVE to notice us somehow.

“People are naturally attracted to what’s in or popular. But I am coming to find that there is an audience for everyone big or small. You are your own star. Be real. Be humble. People will
see you!” 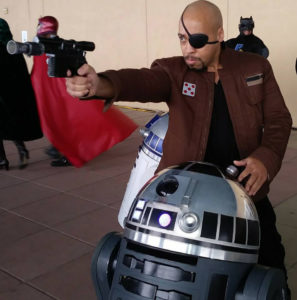 As a Cosplayer what are YOU doing to be different from other Cosplayers out there?
I don’t think I’m doing anything different. I just am myself, working as many details as I can to represent the character, to accentuate the characteristics associated with said character and make sure that it’s somewhat recognizable. I work out in the gym like an actor going for a role of whatever character I plan to Cosplay as. But I want to let the readers know that you don’t have to be so-called “fit” or “ripped” to Cosplay. Cosplay as you are, where you are and make it better every day!

Do you feel established actors and Cosplayers are the reason why Indy actors/Cosplayers are not as well known?
People are naturally attracted to what’s in or popular. But I am coming to find that there is an audience for everyone big or small. The key is, if you concentrate on your craft and don’t look around so much for popularity, you’ll find yourself in front of all the right people at the right time. You may only get 50 likes at first… but WORK IT like you have 5 billion. You are your own star. Be real. Be humble. People will see you! 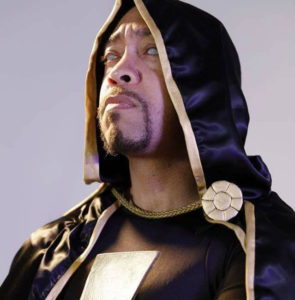 What types of stories do you think need to be created by independents that the big two haven’t done or done right in comics?
Indies need to create from their gut. THAT’S where the stories lie. Write what’s true to YOU. Don’t be afraid to do the “silly” idea you’ve had in your head and in your heart. You never know. That “silly” idea will be the one that makes you stand out.

I work out in the gym like an actor going for a role of whatever character I plan to Cosplay as. But I want to let the readers know that you don’t have to be so-called “fit” or “ripped” to Cosplay. Cosplay as you are, where you are and make it better every day!

Who are some of your mentors and why?
Eric “the Smoke” Moran because he’s one of the Pioneers. He takes Cosplay to next levels and builds strong bridges between the Cosplayers/fans and the celebrities/big time creators. Davaughn Thomas who’s cornering the “action Cosplay” slot as well as teaching others how to do their own choreography to accentuate their Cosplay. Fred Holt is just a warm big brother in the Cosplay world. Always inspiring, always encouraging. And Raymond Ramos is a MASTER CRAFTSMAN in the Cosplay world his work is JAW DROPPING. And the Cosplayers David C. Grubbs and Dominique “Mikette” Wilson are my talented brother and sister, in Cosplay and out. 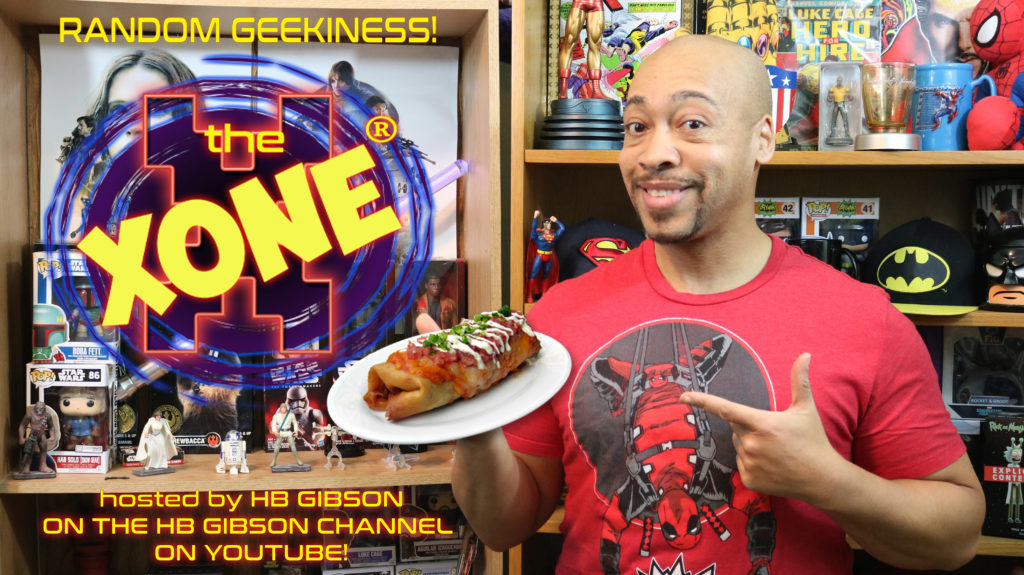 What advice would you give to an aspiring actor?
If you’re looking to be famous…quit now. If you do it because you love it and want to practice your art…then you certainly have a chance.
Be reliable and be on time. Don’t spread yourself too thin and say you’re going to be on set and you’re an hour late. Don’t commit if you can’t do it.
What advice would you give to an aspiring Cosplayer who wanted to start Cosplaying?
It’s not a sprint. You don’t have to know how to sew. There may even be things in your very closet that you can put together and make a Cosplay. There are cheap accessories you can buy online to enhance what you found in your closet. Then as time goes by, challenge yourself to try something a slight bit more elaborate…most of all HAVE FUN and it’s OK to buy a costume if you can’t sew.