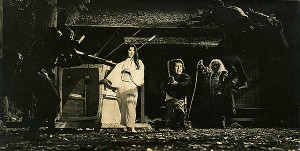 Once more into the breach you sorry sacks of psoriasis! Today, I, Doctor Disturbious have taken time out his extremely busy schedule TO DEAL WITH THE LIKES OF YOU…!! No. wait. I’m sorry. Got my cue cards mixed up here. Just a sec… hmm? Why are we on the god’s forsaken planet in the middle of nowhere where heroes and villains are duking it out for the twisted amusement of some sort of cosmic deity from the birth of the universe? To be honest it’s one of those Continuum Crisis Pan-Cosmic Spectacular things that involve everyone working together to put down a major crisis to existence in general. Yeah I missed the last one a couple years back. Personally I see them as a big class reunion where heroes get to replace a sidekick or two and regenerate some angst. The reason there’s a lull in the fighting right now where the bad guy just hit 9000 and sent them all scattered to the winds, and I’m never one to pass up a free moment to do something else so here we are!

Today’s lesson is about costumes. Right, I get it. You newbies are FAAARRRRR too cool for costumes, right? Well take it from me… and it’s the few times I’ll give you anything. Costumes are EXTREMELY important to the establishment of a reputation. It also allows you to trademark your look, so people won’t get your evil deeds confused with other people’s evil deeds. If your Theme is the marmot and another marmot man shows up. You must kill them. Same goes for people wearing their countries flags. You can’t have a bunch of people running around like that. They’ll start forming teams next, and then where will we be?? Costumes are used to strike terror, sometimes it’s to be functional. Most of the time it’s a big security blanket, so plan well and bring horror to those who steal it.

The superhero costume is usually a thing made of spandex, possibly some kind of Teflon or Mylar based product, because it’s designed to go on easy and yet bulge in places where they only WISH they had some muscle. It’s usually sculpted to purport the heroic mythos, and in that way, everyone who sees it knows you’re the hero. Good in theory, lousy in reality. One of my best examples of this is the infamous “replace the hero” shtick. You know the one! Where the hero gets abducted and locked in a vault with his weakness. (One time I locked the Venetian Veteran in a room full of hot fan girls who all wanted his autograph. Sometimes he still shows up “ herm herm” demanding it…) Then while he’s under wraps you send a clone, or robot, or someone stupid, or all three out into the world doing horrible things while wearing an identical costume. The gig works because PEOPLE ARE STUPID. I’m serious. The replacement doesn’t even need to look like the hero at all. The doppelganger could have three testicles HANGING OFF HIS FACE!! And yet they see the bold chest symbol or the heroic costume and never ever look at who’s really wearing it!! Yet the people have this BIG FEELING OF BETRAYAL. And the super hero has to be seen more at charities and go through the “aw shucks I’m sorry you’re stupid and thought it was me” phase. Yet heroes sign up for this crap, and so in a way so do we.

You see, the reality is about hero costumes are that it’s all about marketing. Villains rarely have that option. Most usually or powers and skills have given us a need for a costume that hides our faces or, prevents proton decay, or sunlight from hitting us. You see the number of scar riddled super villains have long since outstripped the scar riddled superheroes. You wouldn’t think so, since all superheroes like to do is mope around and angst themselves when not saving the world, you’d think being ugly would only help their moodiness.

Villains do however have it easier than our heroic counterparts. We don’t always have to dress for success but when we do we usually rock it. We can pretty much choose anything and look evil in it… including nudity. One of the villain’s I used to team up with was named The Sheath; about eight feet tall of black nearly naked muscle with a little black and red luchadores’ mask and a spandex loin cloth. His job was to be the casing for a super powered evil sword that ran down his back under his skin. Talk about posture. This guy had it all! Unfortunately he also was so evil ridged he had a hard time moving around to wipe after a trip to the bathroom. But man was he unbelievably cool!

Sometimes the power dictates the costume. Like The Spinner; able to turn her body at speeds of 12,000 to 120,000 rpm. She wears tight spandex with a friction free gloss because anything else just burns up on reentry. I dated her briefly back at old Evil U when I was getting my fellowship. You see she had this thing she’d do with her legs…anyway good thing I minored in oil wrestling. Moving on…

Another case of evil costuming being more necessity than choice was from Scatter Blast. The particle menace had a habit of blowing all his clothing into particles when he would teleport from place to place. Naturally the recombination process left a lot to be desired- such as having denim nipples. So he needed a full body costume that could be disassembled last when he left, but also assembled first when he landed, because having stray amounts of o2 promptly popping up in your cell structure left a lot to be desired. The best way for this was a thick radioactive suit that he painted black and purple. No accounting for taste I suppose. That’s unfortunately a hazard in this business. Well slightly less of a hazard that the “righteous pummeling” that the hero gives out as their way of thanking you for giving their life meaning, I suppose.

And so I see Agent Baker has sent up a flare, so I guess we’re off to put our prowess to the task of ripping “Mr. Cosmic Discord” a new black hole for his efforts. So while he waits not so patiently for me to show up and, I DON’T KNOW, ACTUALLY GIVE THE HEROES A PLAN!! Let’s review shall we?

The heroic costume is a large part of the heroic mythos- This is crucial once you realize that in ancient civilizations peasants weren’t allowed to look up at the faces of people who rode horses. Thus the horse became a symbol for nobility. This too is a major reason for the costume, so people recognize the costume and not question the actions. My how far we’ve come, yes?

The villain’s costume- must look dark and disturbing. Not necessarily, but it does help. Remember, it’s all about branding. More on that next class, kiddies!

Both heroes and villains should have a theme- This is important, because without a theme you fail to inspire worship/fear from the population. You also are letting everyone down… well not me. I couldn’t give a rat’s anus, but everyone else who has done battle down through the years representing the sleek and dangerous cobra, or the small but mighty mongoose, or the painfully spineless jellyfish. All these people who are praying to whatever deity they worship that no one asks them if they couldn’t have a better use for their free time…

Oh dear. It seems our cosmic bad guy might want to make peace here. No, we can’t be having that. There’s NO CALL for this to end peacefully! I need to get over there right away and upset the negotiations. Until next time, you pox on your parents and society!!