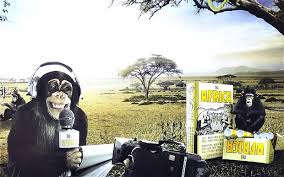 Because evil has a name…

Doctor Disturbious here. Please whisper very quietly. If this lambda ray crystal isn’t positioned right, half of the downtown area will evaporate faster than butter on the sun. Hold it. Hold it. There we go!

Greetings gentle halfwits, and welcome to another in your face episode of Evil 101- your guide to shaking the movers and moving the shakers. Today we are going to do something of tantamount importance! Today we are going to help you pick your villainous name, so that in a world full of sound-bites and sedimentary behavior, you will truly have your name above the rest. So today we have a special guest to help us! This is Madison O’Day, reporter for the Monument Post. Even bound with duct tape, we’re lucky to have her- JUST NOD AND AGREE WENCH!!

Sorry about that. In case you haven’t heard the rumors, Ms. O’Day here gets the hot stories about the dread Night-Weasel. In fact all eighty two Night-Weasel stories in the last year have come from her. Now that kind of bold dedication to the pursuit of the dream can mean only one thing in the super villain lexicon! SHE’S IN HIS PANTS MORE THAN HE IS!!

Nothing wrong with that, if being a moody dark son of the night can’t get you a bit of hardened reporter tail then what kind of country do we live in? That would mean only the millionaire playboys would be getting all the hot ones, and NOBODY wants that. HAHAHAHAHAHA!!

So back to what I was saying, you need to pick your name before the media do. This is extremely critical, because the world at large is there mostly to misunderstand us villainous people, and frankly that’s one thing you don’t want to have hanging over your shoulders. This looks like a job for the three “T”’s THINK THINGS THROUGH. I cannot stress that enough. For example- Damian Grothspurt. Has the ability to gain fifty feet of height and somehow incredibly CATCH FIRE. Talk about incredible, and always willing to burn down the city at a moment’s notice. An incredible guy, amazing powers, and even helps out widows and orphans, by insuring that there’s a lot more of them. All that stuff matters very little, ever since he came out as a villain. I mean here’s this fifty foot tall flaming man coming straight at you, and for a change it’s not some troll on the internet, yet he has very little respect from the media. Isn’t that right, Ms. O’Day? Hmmm? Someone check her gag. It looks like she’s turning blue.

The truth is far too many people keep shorting it to “The Spurt.” And that is just horrible and painful to think about, especially if you are a NAKED fifty foot man cruising through town. After all that time spent making a deal with a demonic entity and now he’s memorialized by having a metric ton of wang. So what could have been a meteoric rise in stardom and a bold step forward for evil everywhere is now a sad story that won’t ever make front page headlines. Think Things Through cannot be endorsed enough.

Number two; look at your habits and hobbies. How would you dispose of a dangerous enemy? Would you snap him in two, or drill a hole through his head? Do you like potions or electronics? What sort of powers would you bring to the table? Even your name can help you chose Dr. Eva Lucien is a great example of this. She discovered how her parents had set her up with a name and decided to make it happen. She went for the gusto! After ten years of post-graduate work she invented the evolution armor that can either make her super strong by sending her back to Neanderthal strength or move her ahead to super smart mega sized brain mode. Her first thing was to come up with a spectacular crime spree biased on it, and she left a calling card at every crime. Not a bad start. She certainly showed promise. Problem is IT WAS TOO EASY TO FIGURE OUT WHAT HER SECRET IDENTITY WAS!!

The police was waiting for her to get home one morning, and that was unfortunately that. For now anyway, it’s hard to keep a good villain down.

Number three; look at your family heritage! I cannot stress enough how important family is in molding you. The Gun-Stärke’s are a GREAT example of this. The Gun family was an outlaw family from the old west. Lived up to the name, their weapons firing could almost be seen in trick-shooting contests, gunning people down in cold blood, and even a number of hold-ups from California all the way east to Boston. Then you had the Stärke family. German, proud and possessed of super strength from an ancient curse that said the family would always have super strength. (And huge but-cheeks. When you are cursed by ancient gods, consider yourself lucky if you come out on the winning side.)

So the two families merged, having children that were as good at shooting as they were at lifting things. In fact they got so good at those two things that they failed to actually remember to commit crimes, but that’s a failure for another time. The sad part is when you get that name specific, people pretty much expect you to do that. And so they did. And it didn’t help a bit when three of the teenage kids decided to roll my mentor, Doctor Revenge. With a name like Revenge people should take you seriously. He took all three of them out with a tactical nuke, thus living up to HIS namesake.

So one you’ve weeded out the names, FIND ONE YOU REALLY LIKE. Think about how horribly it can be mangled. Think about what could possible go wrong as well. Using that for a guide, IS IT SOMETHING YOU REALLY CAN DO? Why call yourself Baron Strangle if you’re a ninety eight pound weakling that can’t even flush the toilet without breaking a sweat? If you’re going to go that route, then you’d better invest some real time into it!!

You might also consider getting a profession opinion. Let’s face it. Sometimes your so called friends and family are too busy, too preoccupied, or worse too squeamish to be able to offer a proper opinion. Thus comes the point of Ms. O’Day being here. JUST NOD AND AGREE!! THE NIGHT-WEASEL CAN’T GET HERE FAST ENOUGH TO WRENCH YOUR CHATTY POSTERIER OUT OF MY CRUEL AND HARTLESS GRASP!! HOW IN NINE HELLS CAN THE MAN SHUT YOU UP??!!

So in summary- Pick a name before someone else does, and cripples your ability to spread terror for life. Think things through, because someone else will. Keep it short and memorable. Don’t make it too close to your real name or else it’s pointless to have one. Make it something you like, but don’t let it limit you. And watch out for anyone named “Bludgeon” or “Revenge.” That’s just common sense.

Above all, have fun with it. This is how you’re going to be known for the rest of your life. Enjoy it!!