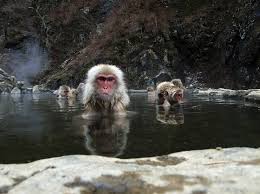 Secret identities- do they work?

Doctor Disturbious here! Pay absolutely NO attention to the smoke and gunfire, students. This is all part of the supervillain gig. Today’s class is going to be a bit busy as I am in the midst of a high stakes game of mental dexterity with the gun toting vigilante known as The Steel Slug Crusader. A long name I admit, but when you get right down to it, you really shouldn’t let the media pick your nickname! It shows a tremendous lack of vision on your part, and us going to be used to mostly beef up newspaper sales. AND FRANKLY THAT KIND OF COMMERCIAL SUPERFICIALITY WILL NOT STAND IN MY REALM OF MADNESS!! Unless, you know, I get a cut. Remember you little scrabbling filth mongers. There are few things as evil as a piece of the action.

So as the large musclebound thug tries to outthink my patented Maze o’ Doom™ using nothing more than a dozen hand grenades and a couple of handguns, let’s pontificate!

Secret identities. Do we need them?

This is a valid question. Certainly the heroes seem pretty fond of them. I can’t really understand why. Here you have examples like “Captain Awesome!!” with TWO explanation marks. One for each cheek, because just one exclamation wouldn’t be able to attest to his GIGANTIC EGO. The man flies at the speed of sound, lifts a train one handed. Single handedly was responsible for a hole in the ozone thanks to his heat vision… and what does he do? HE PLAYS THIS PATHETIC LOSER who works as a global news agent. At least that’s the rumor going around. Here is a man who towers above us all with power and strength. Could stop crimes in his sleep, and what does he want to do? Pretend to be some kind of human. What is up with that? Even from a logical perspective this doesn’t make sense because this is a loss of precious time and resources. He could be out solving problems for humanity for twelve hours, squeeze coal into diamonds, have a decent meal, and GET LAID, yet still get eight full hours of sleep.

So why does he do it? Well to be honest most of these do -gooders don’t think in terms of their human sides being the secret identity. They think the powered side is. And that is where they make the big solid mistake. You see there is little more to the secret identity than having a tax identity number. If these people wished to truly protect their loved ones. Fake their death. Tell a select few they’re still alive. And weed out the people who are the big drain on your time and resources. You know who you are! The boss that thinks giving you deadlines builds character, the crazy neighbor that’s always playing the Gladys Kravitz to your Samantha Stevens, the member of your family that thinks you’re a closet pervert because they always see you running away and tugging at your clothes. In fact there’s very little good that can come from having your secret identity, except the amazing ability to gasp TRADE ONE PROBLEM FOR ANOTHER!

Then you have those rare ones that actually use the “human” disguise to better learn about humans. Why this doesn’t leave them twisted and mind wrecked and more evil than us villains, I have no idea. Humanity is much like a baby. Supposedly cute and cuddly, yet dangerously full of crap, then when you think they’ve grown up, you catch them outside trying to set fire to the cat. If anyone could understand alien beings then they wouldn’t BE alien beings. They’d just be enemies that we barely know. Or my personal favorite- “resource squatters,” because there is nothing humans won’t dream up that they need, if they find other people sitting peacefully on it.

But meanwhile we have villains. Very few villains have secret identities. This is usually for a more pragmatic reason. The government knows who they are. Yes. That’s right. You think ALL agents are stumbling, bumbling idiots? You think somewhere out there in the midst of all those pork projects isn’t ones that get secret funding? People who fund secret projects EXPECT RESULTS! So not only do you have the arrest being the standard way that the government makes your identity not so secret, you also have them peering through your web cam. No we’ve all heard the usual “if you aren’t up to something, you have no reason to fear.” I love that phrase. Not only is it way, way evil, which gives me goose bumps, if I must say. But it already assumes you’re guilty until proven innocent. Oh YES! Government evil is truly the most evil of all!

Sorry. Was having a moment. This is sad because the Crusader almost bit it in the cul-de-sac. And these are the moments that I live for.

The major reasons villains don’t have secret identities is that by the nature of the beast, we get outed a lot. It comes down to how much hassle do we want to stave off. So what can you do?

Firstly you need to remove all chances of your identity being found. This is major because in a lot of cases the only way that you can be profiled for your behavior is to have a childhood they can probe into. Make one up. Better yet. Make one up that is far more interesting than your own. What the hell, this is your story. Do it to the nines and have a blast!

Think up an original name that is somehow linked to your supervillain name! Make it an anagram, make it a theme, hell make it a sport. JUST DON”T MAKE IT SOMETHING LIKE YOU WERE! “Hello my name isn’t Landon Myaz, but I go by the name Doctor Disturbious!!” No body other than the cops and the profilers want to know what your real identity is. You think Captain Ethical gives a guttersnipes flue- pipe at the end of the day that I’ve been lying to him about my real name for years? Do you think that Psychic Investigator Byron Heartless gives a flying double “D” donut that sexy villainess, and un-doer of priestly vows, The Radical Sabbatical’s name really isn’t Randi Pettinghue? OF COURSE NOT! Sitting or standing or even laying down and taking it in the wrong place THE PAY IS THE SAME! Heroes are all “we want to know all about them.” Yeah bull.

Now I’d take the next few minutes to vacate the building. One of the rules Agent Baker has for my “rehabilitation” is that I don’t actually kill the hero. And since I only obey rules right up until the point I break them, it’s not going to be broken on some pathetic steroid junkie like the Crusader. It’s all about catch and release. This is how heroes build reputations and skills.

Until the fish is big enough to fit on the dinner plate, there’s always THAT to look forward to…