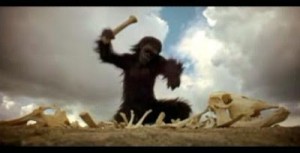 Or how to properly construct an evil reputation, or failing that, write an evil book.

So my little struggling maggots! You thought you would be able to pull one over on Doctor Disturbious! YOU NOSY KIDS AND YOUR MEDDLING DOG…!! Oh? You’re here for the class? Ahhhh. My apologies, things have been going evil so long, they look like good to me… In the last class I told you how profiling your enemy was good for a couple laughs and capable of adding a new aspect to the old evil ways. This week I give you a new lesson. This will allow you to turn those not so nice generic thoughts into world class evil abs of steel. Yes. This week we work on STAYING POWER. Because while the hero is nearly invulnerable and has a mind like a steel trap. They bore easily. They wander off. If they were fighting fires they’d be back every week with no idea who it is that keeps starting the fires, when the reality is it’s the fact they never did the follow through that allows the hot subsurface coals back into raging firestorm  of unenviable hostility. Yes. Heroes are in it for the money shot, and are often faster here and faster gone than your average villain. Evil lovin’ is a seven day a week thing, while most good guys have secret identities they feel the need to scamper off to. So let’s get down to it.

And that’s your starting point in a nutshell. We all want to be huge successes, as we wrangle our battle with huge powerful enemies. We all won’t make it. Some of us will settle down, raise a marginally less evil family and hope for their son’s or daughter’s or even neither’s to build the machines that bring terror to the future, and make kids and adults of the world never sleep well at night again. For a few of us, success brings more failures of its own. Once we implement that plan to wack Captain Outrageous, and… well, we wack Captain Outrageous, we can never again know the glory of fighting and struggling with our mortal enemy. Of making the seas boil and the lands shake. Of reaching for the moon and sending it hurtling to earth like hot full tongue kiss from some twisted planetary sized porno. So cherish these small times of evil. While you are still mortal, and can cherish the value of striving. Then get out there and set your traps! Because if something is going to happen to someone, be the something.