Impulse : Part One By Robert Rumery
Price: Free  Download immediately.
Shawn Watson’s life changes forever when he discovers he has certain special powers. But instead of becoming a hero with his new skills, he finds himself rejected by everyone in his life, even his own family. His ability to gather energy and use it as a weapon means that he is a mutant, one of many showing up all over the United States. Mutants are shunned and must register with the government for housing and employment and this rubs Shawn the wrong way. In a society that’s falling apart because of crime and despair, he knows his powers could be used to save his city, but his status as mutant puts him outside of the regular world. Shawn’s good heart and sense of justice puts him in the path of a nasty gang of bikers, forcing him to employ his powers. Not only is he exposed as a mutant, he’s gained the hatred of a group of killers. Will his powers lead him to heroic heights or force him into a showdown with evil?
Grab the FREE e-book by Robert Rumery! This offer expires 11/23/14! 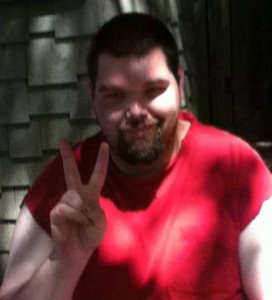 About the Author
Robert Rumery is a poet and writer living in Connecticut. He relocated there from Milo, Maine four years ago. Robert grew up in the small, rural town of Milo, graduating high school in 2003. He has always had a keen interest in books, especially those of his favorite author, Stephen King. Robert’s love for King’s work began in childhood and drew him to his love of horror. Robert has always been intrigued by writing. A big fan of super heroes and comic book-style writing, he enjoys creating worlds in his mind and putting them into words. Also a big fan of poetry, Robert has also published a book of poetry, which encouraged him to write his first fiction. In addition to long hours spent writing, Robert has gathered a full team of supportive people around him, as well as taking part in a strong, creative writing community on Facebook. When he isn’t writing, he enjoys hanging out with his family, especially his adorable, four-year-old sister.
Grab the FREE e-book by Robert Rumery! This offer expires 11/23/14!