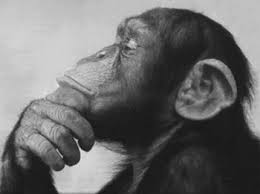 So you are curious about evil? That’s what usually brings the attention here. From F.B.I profilers to even the casually interested- It’s all a mystery to them. What tortures someone’s soul? What gives them a bent, warped… dare I say it? “A skewed perspective on lives and the disposability of others?” And so they come marching stiff backed and demanding answers, or weaseling in, like petulant children wondering when they will be spanked. The worst think they have answers, but even the best aren’t far above that. Well in consideration for Agent Baker, who seems to think he’s some sort of parole officer for the wild and impish outer fringe of society, I will attempt to impart some of my vast knowledge on you lowly, undeserving masses.

So where should we begin? Let’s do something novel and start at the beginning. My name is Doctor Disturbious. I’m known far and wide as a doctor, but I’ll let you in on a little secret. The title is honorary. There’s very few places that will extend a medical license to someone whose chief mental preoccupation is to break down how life works, then rebuild it. Add cannons. And send it off to the city to raise mayhem until they shower us with money. In fact I’ve had to make most of this up as I’ve gone along except for the parts I’ve copied from civil authority handbooks. Be careful when you mess with the civil authorities. Their evil has tenure.

After much soul searching (Yes I know, I was surprised too!) Every life is a story, but have you noticed some people end up taking the lime light? Sad but true. Real genius is a fading thing, much the same as auto tune has taken the place of real singing. The classic structure between hero and villain has been replaced by Godlike powers and a propensity to not get laid on a regular basis. The villain comes up with a mildly titillating idea to kill off dozens of people and set the thing in motion. The hero swoops in, saves the day and moves on. This is what we are facing. A horrendous future, where you get maybe a month of freedom, then you get locked up. Can we say boring? And what kind of future is that? Carving a shiv out of a prison breakfast bran muffin and trying not to catch the eye of people much bigger and with more immediately evil plans? No. This is nothing to aspire to. This is no dream job where people are throwing money at you. This is no gilded cloud where you can look forward to a golden retirement and a couple rounds of golf a week with O.J. Simpson and Jeffery Dahmer. This is a job you have to have a reason for. This is one of the few jobs left where you must not only be passionate, but wear that passion on your sleeve!!

Sorry about that. I’m told that I have a distinct habit of spraying spittle when I talk. I’ve won awards for my mad rants. It’s a carefully cultivated art form, so do try to keep up.

So why do it? Why do something that with every plan we could get blown up, stabbed, killed, and that just from our own minions? Sad to say there are usually only a few motivating factors.

There are other reasons to go evil, but these are definitely the top ones. And while I do approve of you going and “finding your evil groove” so to speak and maybe branching out into “the hero stole my money market account”, you don’t want to find yourself turning to evil so far that you become a force of good. The whole point of adopting an “evil lifestyle” is to get back to your roots, to get back to the part of you that was wide eyed and innocent, before some guy forced you to wear your underwear on your head. Or if you happen to have been evil all along, GOOD FOR YOU! Be calm, rational, and unbelievably deadly as you stroll casually from place to place.

This is Doctor Disturbious telling you to love the skin you’re in, even if it isn’t your own. Evil out!!