Andrew Carron’s Cryo-Joe brought me back to my childhood. Growing up, I love movies such as Ridley Scott’s Alien (1979 film) and Franklin J. Schaffner’s Planet of the Apes(1968 film). I felt this book had all those great elements that those films have. Mystery, adventure, and horror. The characters were introduced right. We don’t know much about them, but you feel like you’ve known them your whole life. I’m really excited to see where the next issue goes. This magnificent Sci Fi story is one I would recommend EVERYONE should check out. 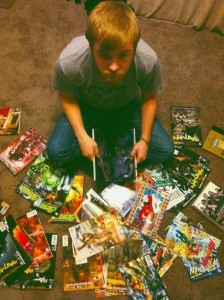